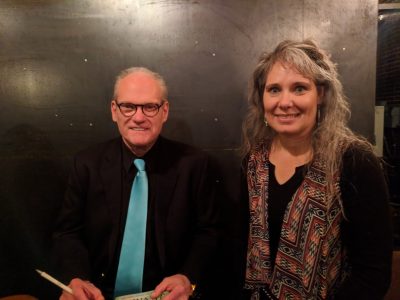 For three years now, I have been a founding member of the Jerry B Jenkins Guild. Last month, as part of Jerry’s Novel Blueprint course, he offered a meetup with him and a few guests in Franklin, TN, at no cost!

With free Alaska Air miles, I booked my flight and made hotel arrangements. I was headed for an adventure of a lifetime.
The town of Franklin, I was told, cascaded with history. Age-old history. Wishing I had more time, I knew I needed to make the most of it. I flew into Nashville on November 7th and by the time I’d rented my car and was on the road headed south toward Brentwood, dusk covered the highway.

That’s when my phone died! How would I take photos of this glorious country?
How would I capture the tall-pillared homes founded in 1799 by Abram Maury, Jr. who named the town after the national founding father Benjamin Franklin? How would I explore a town once a major cultivation of tobacco and hemp as commodity crops, and raising of livestock?

What about taking in the rich history of the Battle of Franklin which was fought in the city on November 30, 1864, resulting in a total of almost 10,000 casualties (killed, wounded, captured, and missing). How would I capture images of the 44 buildings that were temporarily converted to use as field hospitals. And what about the Carter, Carnton, and the Lotz historic homes still standing from this era, and are among the numerous examples of historic architecture in the city?
Oh, those pillared-homes I dream of owning one day.

I settled into my hotel, became acquainted with a roommate I’d never met before, and hoped my camera would squeeze enough life for one picture of me and Jerry Jenkins. After all, I’d read every one of his Left Behind series. Shouldn’t that count for something?

That morning I woke fresh and hopeful.

Until I found out my GPS Battery was dead. What next? The cable fit the GPS loosely, failing to charge the device. My roommate and I agreed I’d follow her into Franklin, as we’d stayed in Brentwood, to the theater our mini-conference was to be held.

I struggled to follow her as my eyes continually wandered to the orange and red leave-lined houses. I was in more trouble when she turned left into the parking lot and I had to fight my hands from turning right into the driveway of a fabulous horse farm, white picket fences and everything.

While with Jerry, he shared his wisdom, his friends, his associates, and his wife with us. He also gifted each member who attended the meetup with his newest release, Dead Sea Rising. After the meetup, he signed books, shook hands, and posed for photos.

Working with Jerry as a writing coach has brought my craft to a new level.

While someone else took my photo, standing next to my mentor and coach was the thrill of a lifetime.
So I didn’t get the area photo’s I’d hoped for, thankfully there is still time to go back one day for a second round. This time I’m going to listen to my husband and get my phone fixed prior to boarding a plane, or anything else that is broken or out of sorts.

I’d like to take a few moments to wish each and everyone of you a very Merry Christmas and New Year! I’ve listed Girl Warrior on sale this week so if you have yet to get a copy, here is a discounted price. I look forward to 2019 and all it offers: new titles coming out, events to meet you, and of course the countless blessings that come with my family. May you also be blessed this coming holiday season.

Get your digital copy of Girl Warrior for 99 cents by clicking here. Sale price for a limited time.

To join my street team, have fun, and get advanced digital copies of my new releases click here. You’re just in time for December’s giveaway on December 14th.