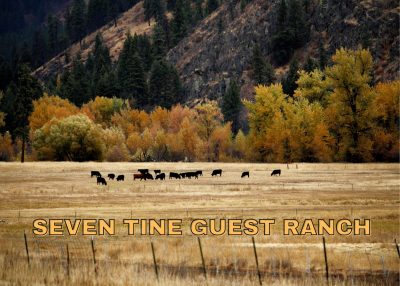 After writing my first novel (which a publisher has for consideration) in the Seven Tine Series, beginning the second book, and reading back issues of Western Horseman for inspiration, I decided the ranch for my new romantic suspense series needed a philosophy to live by.

Especially now that one of the daughters and her husband have taken over.

Once I started thinking about my character’s goals, I came up with a set of values for them to live by.

In order to do that, I had to ponder who they are. What they valued most in life. Was it each other? The horses or cattle on the ranch? The cow dog? The guests that come annually or for the first time?

What impression do they want to leave with the guests?

How do my characters see each other? What does family mean to them?

Would I want to be served? Or would I serve staff and guests? What would be the basis of my values? Society? Politics? Biblical principles? Would it come from a place of anger, resentment, hate, appreciation, thankfulness, love? Fear?

I had to consider my main characters’ parents and grandparents. What did the Seven Tine mean to them? How was the ranch started? Did it come alive through sweat and hard work? My main characters certainly did not inherit anything.

Why call it the Seven Tine?

Yes. They would indeed value the land and everything it offers.

After all, it feeds them, their cattle, horses, wildlife, and guests and has for decades.

Further questions hounded me. How long did it take for the family to build the guest ranch into what it is today? How long had they been there? How many generations had lived on the property? How was the property acquired?

Well, since they are tribal members, they were more than likely raised there. After being placed on the reservation by the government. What would their attitudes be concerning the forced relocation of their ancestors? Would they harbor bitterness or allow forgiveness to enter their hearts?

Forgiveness is what the Hardy’s choose, long before they took ownership, knowing bitterness accomplishes nothing. Knowing love covers generations of anguish.

The Moomaw grandparents who began the ranch chose cattle and horses for the love of the animals. They understood animals and animals understood them. They worked hard over the years to breed quality stock. And the understanding has moved into the Hardy generation.

They knew what it takes to survive. They still do.

Because they are survivors and overcomes.

They themselves are a rugged breed. 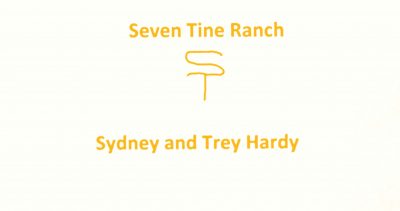 Honesty and Integrity are the Seven Tine’s Foundation

Respect and Enjoy Each Other and the Land we Live On

Make Goals and Prepare for Ruts in the Road

Stand on Your Word

Make Sure Every Horse and Cow Pull Their Own Weight

I think by creating this statement of goals to live by, the Seven Tine Guest Ranch will be rooted in the values that started it. I believe the ranch will survive future generations because those involved have a solid foundation.

While my characters are not perfect, they can strive to live toward honesty, integrity, and respect as the head of their operation and come back to these beliefs when they make mistakes.

They can hold one another accountable.

My hope is for my characters to have a vow they can take grasp, committ to, and live out so they can prosper while others benefit from their faithfulness.

What are some values you live by?

Note: Captured Secrets and Broken Bondage are working titles and are subject to change at publisher’s request.