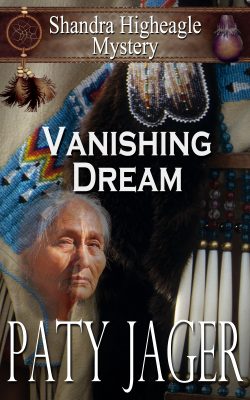 I’m so excited to have my friend Paty Jager with us today. She’ll talk about how we met and her newest release, but I do want to say how I’m incredibly thankful we did. She has been a huge inspiration and led me to the organization that has nurtured my writing – Women Writing the West.

Carmen, thank you for inviting me to your blog today.

I don’t know about you, but I believe a lot in fate. Fate brought Carmen and I together at a book signing.

I have always had a need to show injustices. One of the things that has always felt like an injustice to me is how the Native American people have been treated. The more I research their culture, the more I’ve come to appreciate them.

I wrote a Native American historical paranormal romance trilogy over ten years ago to show the injustice to the Nez Perce band that was led by Chief Joseph. It happened to be the band who lived part of the year, before settlers encroached and soldiers chased them out, in the county where I grew up. I am not Native American, but I made friends with two people who were, and they, along with history books and websites helped me to write these books as accurately as I could. When I had a heckler about my books, I wrote to the Nez Perce council. They knew of my books, and the heckler disappeared.

Fast forward. I was already thinking about writing a mystery series with a Native American character when I met Carmen. This was fate stepping in. We had fun at a book signing and then stayed in contact. When I decided to have my character’s family live on the same reservation as Carmen did, I asked if she would help me make my character and stories accurate. She said yes! I was thrilled to have someone with so much knowledge helping me.

My sister-in-law and I drove up to the reservation. Carmen took us on a tour, told us so much about the place, and even introduced me to a few people. When I needed to know some legal information for the Shandra Higheagle Mysteries, she’d come back with the answers for me. She read my books, helping me clarify things or reword to make them more realistic or to make sure what I said wouldn’t be misunderstood.

In Murderous Secrets, when my character returns to the reservation after a long absence, she discovers her father’s death wasn’t an accident. In this book, Carmen gave me information about how my character would be less likely to gather information by herself since she was an outsider. That meant she needed someone to go with her. That conjured up her larger-than-life Aunt Velma as the perfect person.

In Reservation Revenge, Carmen told me about how families have their own basketball teams and how they are very competitive. This gave me a start to a nice red herring in the book. Carmen was a wonderful resource to give me a look at the overall lifestyle and culture of the people I was writing.

This recent book, Vanishing Dream, Carmen helped me with whether or not wills were made, helped with beading terminology, and regalia and dancing. Also information about the annual Powwow held at the powwow grounds.

My Shandra Higheagle Series would not be the books they are if I hadn’t been fortunate enough to meet Carmen who is so willing to give her time to help another author.

This book, number 16 is the last book in the series. Because I’ve seen so many series that end with readers wishing the author had ended the series sooner, I decided that I would quit here. The series began with Shandra returning from her grandmother’s funeral on the reservation. Then her grandmother shows up in Shandra’s dreams helping her with clues to discover murderers. The book before this last one, Capricious Demise, Shandra and her husband (she marries through the course of the series), Ryan, adopt twins. I didn’t want to have the problem of figuring out what to do with the kids when the adults are running into dangerous situations, so in the final book, Shandra’s grandmother no longer comes to her in dreams. But she has discovered her guardian spirit and it speaks to her about taking care of the children. She uses both of these to symbolize, she should stay safe and take care of her new family.

And that is how I ended the series. Hopefully giving not only Shandra, but my readers, closure.

However, even though I will no longer be writing this series, I’ll still be asking Carmen for her expertise as I move on to a new series with Native American influences and cherish our friendship.

Shandra Higheagle Greer’s deceased Nez Perce grandmother appears in her dream, dancing at a powwow. Since Grandmother only appears when there is a murder, Shandra believes, she, Ryan, and the twins should attend the yearly Powwow at the Colville Reservation.

While out for a walk the first night, Shandra sees someone lurking in the dark between the vendor tents. A vendor is discovered the next morning strangled with her own beads.

When members of Shandra’s family are attacked, she finds it hard to stay out of the investigation. While Ryan is working with the Tribal Police, Shandra follows a suspect and is captured. No one knows her whereabouts. Calling upon her grandmother seems futile. The dreams are vanishing and so could her life. 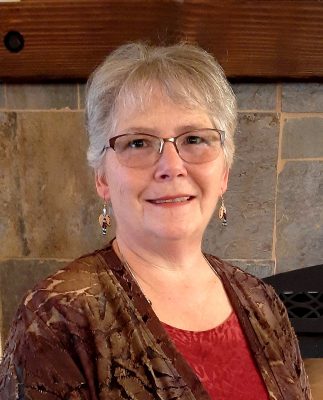 Paty Jager is an award-winning author of 49 novels, 8 novellas, and short stories of murder mystery, western romance, and action adventure. All her work has Western or Native American elements in them along with hints of humor and engaging characters. This is what Mysteries Etc says about her Shandra Higheagle mystery series: “Mystery, romance, small town, and Native American heritage combine to make a compelling read.”