I’m so excited. And thrilled! To finally reveal the book cover for Captured Secrets! 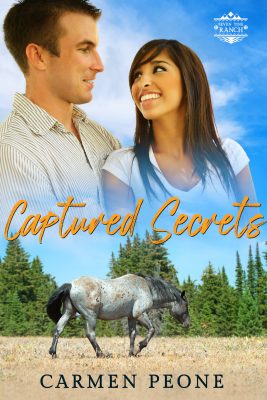 My publisher, Iron Stream Media, worked hard on this cover, as well as the next two, and I love it! Because it’s hard to find Native American models, they decided to do all three at the same time. Which was super fun.

Something even more exciting?

My photo of a very special couple will be on the cover of book 2!

What do you think?

You can now pre-order Captured Secrets, Book 1 of the Seven Tine Ranch Romance.

And for the novella I promised you… Here’s your gift of Gentling the Cowboy! 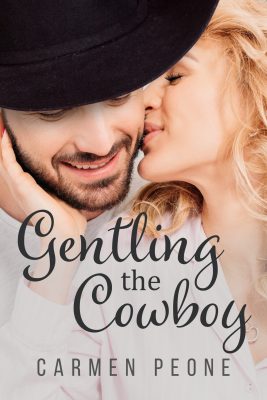 Get Your Copy Here

I’d love to hear what you think of Jolyn and Milo’s story.

Last month, I attended the Women Writing the West Conference in Oklahoma City, OK. We had a wagonload of fun that included visiting: The National Cowboy and Western Heritage Museum and the First Americans Museum. Both were rich in history and culture.

I also held a workshop entitled: Layering Character Emotions in a Way Their Voices can be Heard. The conference theme was Red Earth Voices: We All Have a Story to Tell. It was also the first time anyone had a sneak peek into some scenes in all three books.

Here are a couple of collages I think you might enjoy. 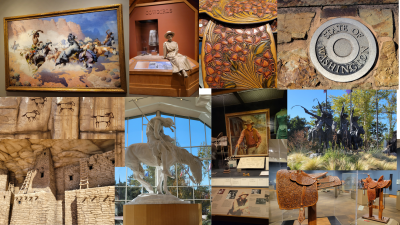 The National Cowboy and Western Heritage Museum bosted art, the cowboy and cowgirl way of life including old western movies, western clothing and tools, a replication of an old western town, and Native American artifacts and ways the Indigenous People used to live. It was fascinating. I could have used a few more hours. 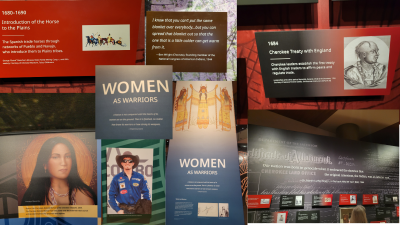 The First Americans Museum offered visitors colonializational truths and timelines. It celebrated the importance of Native Americans and their part in the United States.

If only I had another day to go back and see and learn more.

Look for my November newsletter soon.

I know I normally post bi-weekly each month, but . . . I have an incredible offer for you!

So don’t miss out!

The True to Heart Workbook is on sale for only $4.