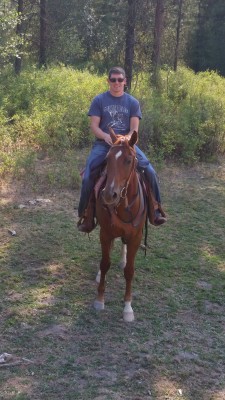 For the first time in 25 years, our youngest son is moving away. Marshall recently graduated from Eastern Washington University with a middle school teaching degree in science. He’d sent numerous job applications to schools in the Spokane, WA area, which is close to us, but came up empty.

He recently applied for a job on the west side of the state and that night was offered the position as sixth grade science teacher. Mixed emotions flooded me. I was so happy for him, but a huge feeling of loss blanketed me. My eaglet spread his wings and was truly flying and flying high. Pride hit me. Sorrow hit me. A sense of joy mixed with grief hit me right in the gut, twisted around, and settled in my heart. Honestly, not sure who was more upset, me or my husband. The leaderboard had us in a tie.

My daughter-in-law is from the west side of the state. Moving close to family is important and being close to hers was a bonus. I know she was thrilled as is her family, especially her mother. Me? Not so much. I was ecstatic that Marshall found a job. But to move. Away. My heart felt heavy.  We’ve always been close, and not to mention he’s my youngest. We ride horses together, as does my daughter-in-law. Talk a lot. Share our thoughts and feelings. He is my buddy, my friend. And now he’s moving. But isn’t that what I prepared him for? To open his wings and fly?

Still, tears flowed when he called with the news. I was driving to another son’s new house close by. I wiped my face and pulled up my big girl pants.  I was so happy he’d finally landed a job. Grown up. Married an amazing woman. But he was moving away. I tried not to cry, but the tears came no matter how hard I tried to stuff them away. 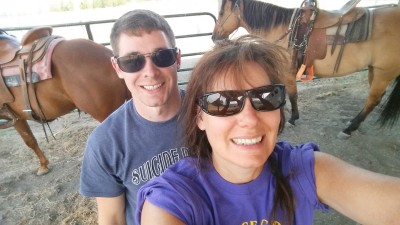 Then I got to thinking about where some of my friend’s kids have moved to. Mid-west. Germany. England. East coast. I made the decision to praise God for blessing him so richly. This is n’t about me, so I through my pity-party out the window. Darn thing boomeranged and came back in the car window and slapped me in the face. I again throughout the self-pity and rolled up the window. It swung around and smacked into the window with a crash. I looked forward, lifted my chin and smiled, knowing God had a plan and he was about to use my kid and his wife in a mighty way.

So today we rode. It was great mom-son time, and he needed to relax after finishing up his summer job and before he drives away to start a new chapter in his life.  As I watched his taillights go down our driveway, I smiled, knowing Marshall is on his way to greatness. 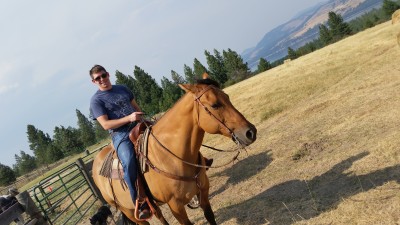