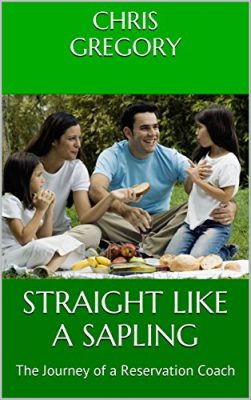 I met Chris at the mall is Spokane one December and got to know him and his writing. He was selling his debut book entitled Buckshot Pie, which is a metaphor for pioneer spirit, tough times, and the bitter-sweet struggle to survive and live off the land.

To Chris fiction is more difficult to write than nonfiction. Real life doesn’t seem to make sense, but fiction must.

To counter balance that assertion, Chris believes that much of fiction has at least some basis in the experiences of the author. He doesn’t claim to have enough imagination to create Straight Like a Sapling without falling back upon personal experiences and the events in the lives of those whom he’s known.

Over 34 years as an educator and 26 years as a coach, Chris has known numerous memorable individuals. Many of the characters in this story are a coalescence of his imagination combined with several of the people whom he’s known and observed.

Coach Bear Pakootas has many challenges in his life: inherited migraine headaches, the embarrassments of his childhood, the difficulties of family, friends, and students. Through his persistence and altruism, Bear finds the way for himself, his charges, and his loved ones.

Bear was mainly disappointed for the kids – his kids. He came back to the Colvilles to help those kids improve their futures, as well as the futures of all the reservation inhabitants. Bear worried about this current group of students. The boys had worked so hard for him in football and basketball and in the classroom, too. They were all loyal to him and he felt obliged to return that commitment. He thought, after all, what’s a man if he isn’t true to his obligations? If he isn’t dedicated to those around him, those who are a part of his world, and those who’ve sacrificed for him, his goals, his dreams, and his hopes?

Chris Gregory is a retired educator – retired after 34 years as a high school history teacher and administrator – in small schools of eastern Washington State. Straight Like a Sapling is his third book, having previously written and published the successful Dismounted Liberty and non-fiction Buckshot Pie. Chris lives with his wife Kathy in Spokane Valley, Washington. 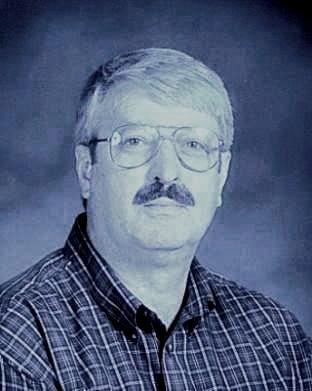