Welcome to the 2nd annual

Raising funds and awareness for the Justin Cowboy Crisis Fund

Ring in the Holidays with a Helping Hand

November 1 through December 24,  ten percent of the net proceeds from all Shanna Hatfield book sales will be donated to the Justin Cowboy Crisis Fund. The JCCF is a non-profit organization that assists rodeo athletes who’ve sustained catastrophic injuries and are unable to work for an extended period. Every book purchased during this promotional period adds to the donation total. Don’t forget to add books to your Christmas lists!
USA Today Bestselling Author Shanna Hatfield writes character-driven romances with relatable heroes and heroines. Her historical westerns have been described as “reminiscent of the era captured by Bonanza and The Virginian” while her contemporary works have been called “laugh-out-loud funny, and a little heart-pumping sexy without being explicit in any way.”
~*~

To kick off the second annual Cowboys and Christmas Blog Tour and the JCCF campaign, two brand new holiday romances will release Nov. 12!

Capturing Christmas is the third installment in the sweet holiday western Rodeo Romance series.
Life is hectic on a good day for rodeo stock contractor Kash Kressley. Between dodging flying hooves and babying cranky bulls, he barely has time to sleep. The last thing Kash needs is the entanglement of a sweet romance, especially with a woman as full of fire and sass as the redheaded photographer he rescues at a rodeo.
Determined to capture the best images possible, rodeo photographer Celia McGraw is fearless and feisty. Not one to back down from a challenge, her biggest risk isn’t in her work. Danger lurks in the way her heart responds to one incredibly handsome stock contractor. Will Kash and Celia capture the spirit of the season?
Pre-order your copy today! http://amzn.to/1FC8ZQj 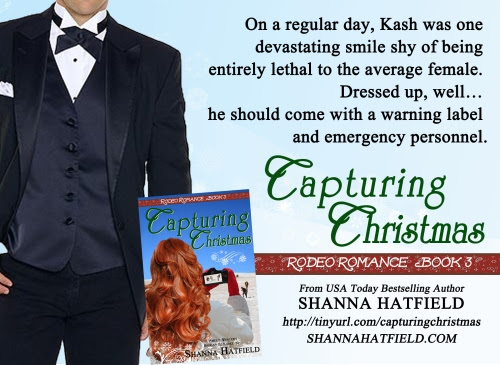 “Someone like you should be smart enough to know better than to do something that stupid, Miss McGraw.” The man frowned at her as he held her across his lap, riding over to the fence, out of the way of the horses and the men on horseback behind them.
Too stunned to reply, Celia gulped and continued staring at him, gradually comprehending she hadn’t been killed.
At least she assumed she hadn’t died, unless angels wore dusty cowboy hats, dark blue chaps, and were breath-stealing handsome.
Those engaging eyes bore into hers, making her heart skitter in her chest while an entire bushel of butterflies burst into flight in her stomach.
She observed her rescuer. He sat tall in the saddle and had muscles to spare, or so she presumed from the way he easily hoisted her off the ground and onto his horse. A hint of light brown hair peeked out from beneath the brim of his hat. The pale blue shirt he wore almost matched the fascinating shade of his eyes.
Celia experienced the most unreasonable urge to run her fingers along the stubbly expanse of his cheeks, down his square jaw, and over his strong chin. Mesmerized by his full bottom lip, she inhaled a deep breath and nearly choked.
The very scent of him hinted at a lethal combination of freshly fallen snow, a warm winter fire, and sweet seduction rolled into one incredibly enticing package. 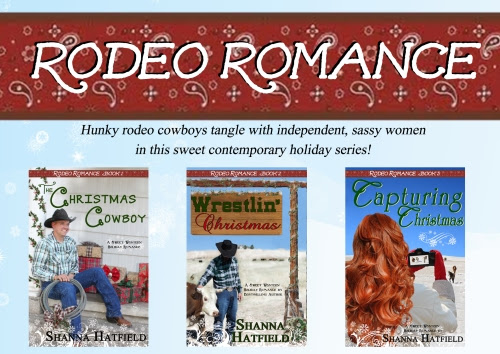 Get all three books in the Rodeo Romance series!

The Christmas Vow is the fourth book in the Hardman Holidayssweet Victorian romance series.
Columbia River Pilot Adam Guthry returns to his hometown of Hardman, Oregon, after the sudden death of his best friend. Emotions he can’t contain bubble to the surface the moment he sees the girl who shattered his heart eleven years ago.
Widow Tia Devereux escapes her restrictive life in Portland, returning to the home she knew and adored as a girl in Hardman. She and her four-year-old son, Toby, settle into the small Eastern Oregon community, eager for the holiday season. Unfortunately, the only man she’s ever loved shows up, stirring the embers of a long-dead romance into a blazing flame. When her former father-in-law, a corrupt judge, decides he wants to raise Toby, Adam may be the only hope she has of keeping her son.
You can pre-order your copy today for only $2.99! http://amzn.to/1KQHhvI 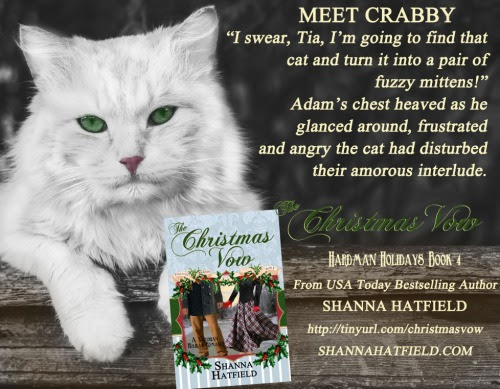 No. Her fear was for the big, loveable lunk who’d scared her half witless when she saw him tumble off the roof.
“I believe that’s exactly the point.” Adam’s lopsided grin revealed his dimples and made her mouth water for want of his kiss.
Aggravated with herself, Tia aimed her fury at Adam. “The point is your recklessness might get you or someone else horribly injured.” She turned around and strode toward the kitchen door. “I insist you…”
A snowball caught her square in the back. Mouth hanging open in surprise, she spun around and glared at him.
Adam worked to form another snowball, ignoring her scowl.
Incensed, Tia surrendered to the need to stamp her foot. “How dare you!”
“Just like this.” He grinned and lobbed another snowball at her, catching her on the shoulder. Bits of snow sprayed into her face and hair.
“Oh! You are in for it now, Adam Guthry!” Tia bent down and hastily formed a snowball. With unmistakable precision, she threw it at Adam, hitting him on the chin.
He spluttered and returned fire, barely grazing her arm as she twisted away at the last second.
Peals of her laughter filled the quiet December afternoon and drew Toby outside as she and Adam continued to throw snow at each other.
“Mama?” The little boy’s lip quivered. “Did you send me inside so you could play without me?” 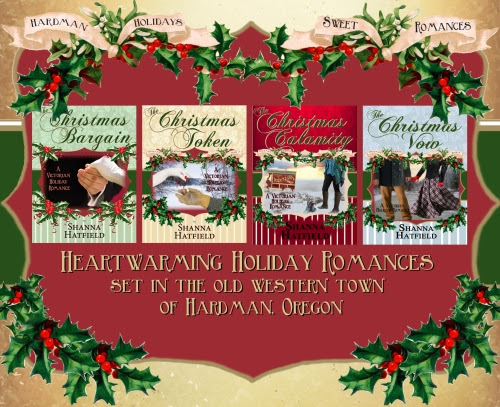 Don’t miss out on the Hardman Holidays series! 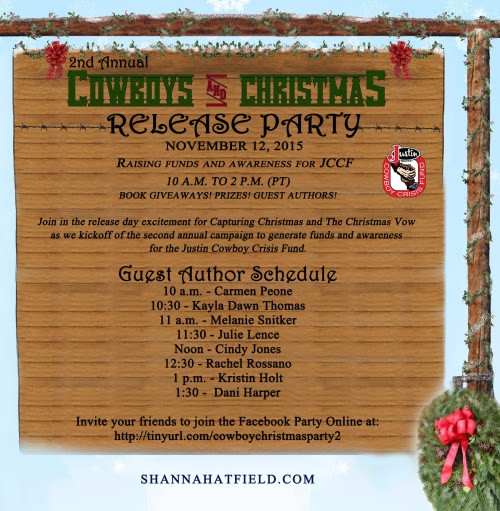 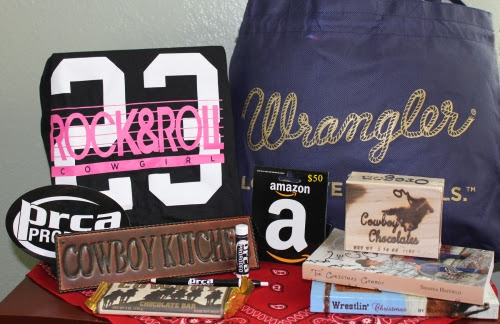 Where to Find The Books

Travel back to a time of grandeur in the old west
with the Hardman Holidays series.
The Christmas Bargain begins the popular series
and is available free for a very limited time!
Kindle | Amazon

Convinced everyone deserves a happy ending, hopeless romantic Shanna Hatfield is out to make it happen, one story at a time. Her sweet historical and contemporary romances combine humor and heart-pumping moments with characters that seem incredibly real.
When she isn’t writing or indulging in chocolate (dark and decadent, please), Shanna hangs out with her husband, lovingly known as Captain Cavedweller.
This USA Today bestselling author is a member of Western Writers of America, Women Writing the West, Romance Writers of America, Sweet Romance Reads, and Pioneer Hearts.
Find Shanna’s books at:
Amazon | Amazon UK | Barnes & Noble | Smashwords | Apple
Shanna loves to hear from readers! Follow her online:
ShannaHatfield | Facebook | Pinterest | Goodreads | You Tube | Twitter
Make sure you sign up for her newsletter to get the latest on new releases and exclusive giveaways!
Newsletter