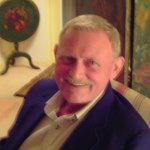 T.O. Stallings has written a captivating novel called Faces in the Cistern which is fast paced narrative about the lives of certain people who live on an island known as Pelican Key, an imaginary island in the Florida Keys.

The story begins with the island’s discovery by a band of pirates and proceeds to modern times. The characters in the book unwaveringly defend the unique culture, tradition, and rich heritage of the island against outside influences. Some of the characters are eccentric. Some are what could be considered odd, but most are like the majority of people: normal, hardworking individuals. They are the faces in the cistern we know as life.

Throughout the book there is an underlining message. Regardless of a person’s economic, financial, or social background, everyone has the ability to contribute to society. The choice is theirs.

I asked T.O. about his novel and his writing life and here is what he had to say:

I was inspired to write Faces in the Cistern by a number of people. Throughout my life I have been blessed to have met interesting and fascinating people. They, and my love of the Florida Keys, were my inspiration.

There are two main characters in Faces in the Cistern: Ted Thompson, a charter boat captain, and Linda Long, a waitress at a local restaurant/bar. Their inspiration is their love of life and their willingness to lend a helping hand to those who are in need. Their motivation is their resolve to be contributors to their community and not a drain on their community.

The theme is fiction, sea adventure, and the stories of the different people who found their way to Pelican Key. Their adventures, their trails, and their ups and downs are tied together through their contacts with Ted Thompson and Linda Long.

I have always believed that everyone has a story to tell. And chances are that story of their life is interesting. Using that premise I wanted to pull back first impressions, which we all know are good or bad, and explore the whole person. The thirteen characters in Faces in the Cistern are examined in depth with insight and objectivity. Some are eccentric. Some are over achievers. But most of the characters, like the majority of real people are normal hardworking individuals who take pride in their surroundings and themselves. 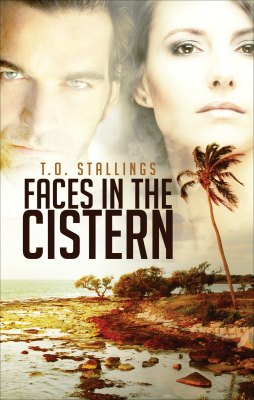 What was the most challenging aspect of writing this book?

I learned it is not easy to complete a work from start to finish. The thoughts are there but many times the thoughts don’t translate into words on paper. Thankfully I am stubborn enough not to have given up.  Ultimately my determination, or stubbornness, brought the project to a successful conclusion.

For me the most challenging aspect of writing the book was making the story flow in a believable way. The characters wrote themselves but bringing them to Pelican Key in a cohesive way was the challenge.

I was sixty-three years old at the time Faces in the Cistern was published. I started writing as a kid but life has a tendency to get in the way of our dreams. I didn’t hone my writing skills until well into adulthood when I was tasked with writing reports, briefings, and evaluations. When Faces in the Cistern was released I knew I had accomplished something that many only dream of.

As I stated before my writing is inspired by the many colorful characters I have met along life’s journey. They and my loved ones, those who believe I have talent, are my inspiration.

My work in progress I call Silhouettes in the Garden. It is the story of Jehan Henri, and takes place in the city of New Orleans. Besides being Jehan Henri’s story it is also the story of New Orleans; the traditions of the city, its customs, and its culture. Naturally it delves into the food, the music, the corruption, and the Voodoo.

If you are interested in purchasing Faces in the Cistern.