It became a year that stretched me, grew me, and made me a better person. That morning, I became the 23rd President of Women Writing the West or WWW.

I joined WWW in 2012 at the urging of new friends and fellow authors, Janet Chester Bly and Paty Jager, during a book signing at …And Books, too! In Clarkston, WA. They promised the organization would be a perfect fit for me and my books, which included girls and women of the west, as well as, both cowboys and Indians.

Once home, I Googled the non-profit and immediately signed up. I could have attended the New Mexico conference as it was mid-September but decided that was way out of my comfort zone.

That next June, the WWW President emailed me and asked if I was interested in taking over the Secretary position. Who, me? They don’t even know me, was my confused cranial reply. I happened to mention the soon-to-be vacant position and upcoming conference to my husband. And squirmed at the same time because it was in Kansas City, MO, and I’d have to travel alone, without knowing a soul. Which made my insides wiggle and twist that much more.

Hubby kindly told me to cowgirl up and take the bull by the horns.

With a little more coaxing, that’s what I did. I accepted the position, booked my flight, and inquired on the member listserv if anyone needed a roommate.

That night, I had a roommate and one that would become a lifelong friend. Thanks to Mary Trimble who accepted my request. Only God knew the friendships I would make from that moment on.

That was the beginning of my Board involvement and it only grew into: 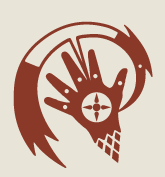 This year on October 29th, I will hand the Notebook over and become 2019 Past President and WILLA Literary Book Award Chair.

Over the past year, I’ve:

The one event the President oversees is the annual conference.

The most profound task is finding the right Conference Chair and venue, and I found that in Shanna Hatfield and Walla Walla, WA, with a Sunday member tour in Pendleton, OR. Working with a chair who is creative, organized, and a go-getter is a huge blessing.

In late September of this year, I was in Walla Walla, the cozy historically-rich town in Washington, for an Indian Relay Championship Event. Shanna and I met and dined at a delicious Ma and Pa restaurant, discussed conference business, and re-visited the venue––Marcus Whitman Hotel. We had toured the hotel last June.

I would like to take a moment to thank Shanna for her hard work all year, along with her conference committee, to give WWW members an amazing experience in Walla Walla, WA.

So it is this morning, during our annual Membership Business Meeting, it will be a bitter-sweet moment as I reflect on all that has happened during the year and pass the torch, or in this case my 2-and-1/2-inch notebook to the 2018-2019 President, Irene “Cindy” Sandell.

I can only hope Cindy’s year will be as enriching as mine has been.