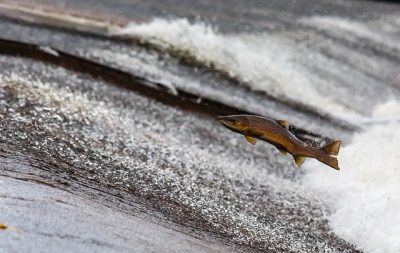 Salmon was the main staple for the Lakes people until 1942 when Grand Coulee Dam was built. The dam may have been a saving grace for non-natives, but for the tribes who depended on the fish for survival, it meant a lost way of life.

Seventy-five years later the tribe has two fish hatcheries on the reservation that harvest and distribute fish for the members, the newest being the Chief Joseph salmon hatchery near the Chief Joseph Dam.

Traditionally, berries and roots offered rich nutrient to the People. Huckleberries, Serviceberries, and Camas (a lily harvested in May) were of the most favored. Indian onion (harvested in April along lowland streams, the hills in May, and the high mountains in June) and carrots were also frequently used. In the spring, when the earth and all it offered came to life from a long winter’s hibernation, the Lakes people held a first roots and berries ceremony offering thanks for the Creator for His blessings and promise of a new season.

The same was true for the salmon ceremony. And not just for the Lakes. Tribes from nearby gathered near the Kettle Falls in Northeast Washington State to spear salmon as they jumped the Kettle Falls.

The Alum root was said to be the fastest healing root of all medicines. It was used for sore throats, sore and cuts, and diaper rash. For more read Tribal Medicines.

Not just a fad of the past, plants are still widely used in Native communities for medicinal purposes and ceremonies.

Most of the day had passed. I wondered when we’d head back. Or if we were gonna remain on top of the mountain for the night. With a storm comin’, I prayed they planned to head back soon. We rode a short distance to a thin creek. I dismounted and gulped icy water until my head hurt. Pekam and Spupaleena laughed. They sipped theirs while I held my head in my hands. We nestled in the shade of trees near a patch of ferns. I fingered its lacy limbs until my headache subsided. “Do we have anything to eat?”

“Did you not bring food?” Pekam said.

“Perhaps you did.” He ambled to the parfleche bag strapped to the back of my saddle, slid out a pouch, and flung it at me. 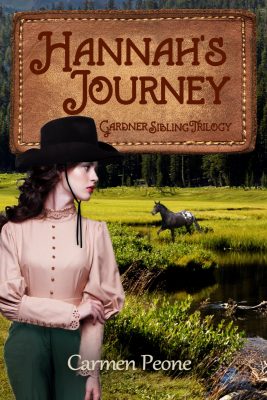 I opened it and took out some dried salmon. Clever to have hidden it with me. I’d have to look and see what else he’d snuck in my bag. What I wanted was Mama’s cooking. The main food the Indians ate consisted of dried salmon, wild carrots and onions, berries, dried small game, cooked camas and bannock. I wanted her fried cabbage, baked beans, beef steaks, fresh milk, butter, dried apples, fried chicken, stew, bacon, eggs. My stomach growled as I continued the list in my head. I reminded myself there was no room for complaining. Eat it. Be thankful. Remain here. I choked down a bite.

Sea salt and pepper to taste

Heat oven to 350 degrees: tear off 4 pieces of heavy-duty foil at least 18 inches in length

On the center of each piece of foil, place 1 carrot sliced, 1 potato quartered, and ¼ of the venison. Top with peas. Add pieces of onion and clove to taste and a dash of sea salt and pepper. Drizzle barbecue sauce on top. Wrap securely in foil and place on baking sheet. Bake for 60 minutes or until venison and potatoes are tender. The foil wraps can be cooked on the barbecue and over an open fire.

Do you use herbal medicines? What do you like best about them?

Looking for a free novella? Gentling the Cowboy,