For those of you just joining us, here’s a little background…

Born in the small town of Colville, WA, I was raised in the Spokane suburbs and moved to rural America with my husband a little over three decades ago. Country life is an amazing place to raise our sons and grandkids. Here on the Colville Reservation, we have lakes, rivers, and creeks to fishing and swim in, hills and mountains to ride horses and hike on, and plenty of space to enjoy family time.

Four generations have grown up and enjoyed this land and all it provides.

I’d like to share rural America with you through the words and photos of incredible western women. And if you are a western woman or have someone in mind who can share their stories with us, please pass on their name and contact information to me. I’d love to include them on this journey.

It is a pleasure to introduce Anita Waggoner. I first heard of Anita at an annual Moomaw family reunion in Omak, WA, during the Omak Stampede. My husband and I were getting ready to leave when someone announced, “Anita’s here!” A relative turned to me right before I walked out and said, “She’s a writer too.”

Little would I know we’d connect on social media – and I’m glad we did. I hope we have the opportunity to sit down at the next family reunion and catch up. 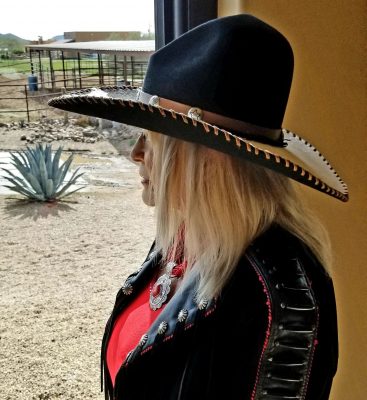 In the meantime, let’s get to know this spunky, strong gal and her story! Be sure to watch her YouTube videos. Links are listed at the end.

I was born in Omak, Washington, and raised by a rodeo family. I married my high school sweetheart and had two beautiful daughters. When the marriage ended, I packed up my belongings, and with two young daughters in tow, headed for life in the city. I moved to Seattle where I attended business school and worked for several years as a paralegal.

I was a single woman for 15 years and basically raised my daughters alone. My second husband and I were an enterprising couple. We worked hard and made good investments. During our 20 year marriage, we built houses, owned a catering company with 20 catering trucks, owned an Executive Suite business… and in 1987 we bought our first new car dealership in Skagit County, Washington… and eventually owned 7 dealerships before our divorce.

We pretty much lived the lifestyle of the rich and famous for several years. We had fast cars, big boats, a condo in Puerto Vallarta, a second home in Scottsdale, Arizona, and our beach home on Samish Island in Washington.

All good things seem to come to an end. We separated in 1996 and divorced in 2000… and thus I began my Freedom journey… a 360 degree turn from the lifestyle I was used to. 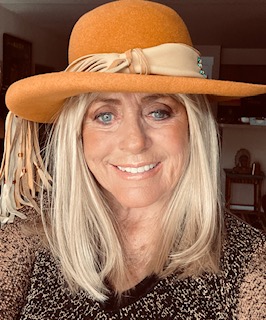 CP: What inspired you to write Freedom?

Freedom is my true story. I was compelled to write the story after living 13 years on a remote ranch in Northwestern Oklahoma. I put my heart and soul into making life there better. In the end, I failed.

Freedom was first published in 2010. It’s gone through several revisions since then. I’ve also written the screenplay. The film is in development and will be filmed in the State of Oklahoma sometime in 2021.

CP: Do you listen to music when you write?

Sometimes. I listen to artists like Chris LeDoux, George Strait, and Merle Haggard… as they sing songs that I can identify with. Most of the songs they sing relate to my life in Freedom.

CP: Favorite Character:  Cheyenne cause she is me. LOL Tenacious, gutsy, adventurous… a survivor. 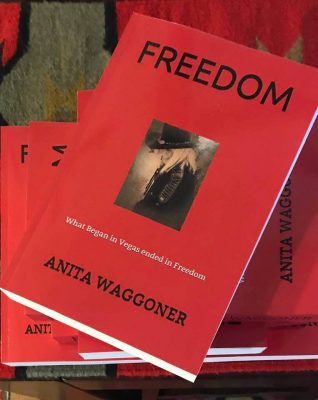 A wealthy socialite, visits Las Vegas with her best friend to get away from the stress of a difficult divorce. The women meet a couple of Oklahoma cowboys in the Golden Nugget. They enjoy a fun-filled weekend. Cheyenne wonders if she’ll see the cowboy again when the weekend ends.

But Vegas is only the beginning. 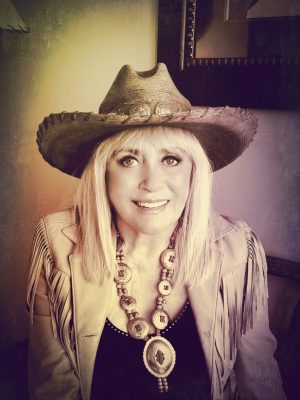 Author Anita Waggoner presently resides in Coeur D Alene, Idaho, after living in the Scottsdale, Arizona, area for 30 years. She’s a gutsy entrepreneur with an extensive marketing and writing background. An outgoing, strong independent woman, Anita has lived a life most would only dream of.

In 1997, after going through a lengthy and difficult divorce, Anita walked away from a privileged lifestyle in the city and moved to the small country cow town, Freedom, Oklahoma… population 285. She invested in a 3400-acre ranch near Freedom where she built an exclusive western guest ranch and entertained guests from around the world. Together with her Oklahoma cowboy partner, Marvin Nixon, they raised famous rodeo bulls that performed at PRCA and PBR events in New York City, Las Vegas, and many other cities across the country.

While in Oklahoma, Anita and her unique business ventures were regularly featured in local newspaper publications. She appeared on Oklahoma based television shows Discover Oklahoma and Doc Geiger’s Outdoor Sports. In 2004 Reality TV came knocking. Anita worked for a year with Telepictures and Warner Brothers Studio on the production of a reality television show about life on a dude ranch. Anita was subsequently featured in an expose’ about her Reality TV involvement in the National Enquirer.

Her books: Freedom, Myrtle’s Story, Jam Packed, The Life Lies and Legend of a Gambling Man, and Huckleberry Ridge are available on Amazon.

Anita has written a screenplay based on her novel Freedom. The Freedom film project is presently in development and is expected to be released in 2021.