For those of you just joining us, here’s a little background…

Born in the small town of Colville, WA, I was raised in the Spokane suburbs and moved to rural America with my husband a little over three decades ago. Country life is an amazing place to raise our sons and grandkids. Here on the Colville Reservation, we have lakes, rivers, and creeks to fishing and swim in, hills and mountains to ride horses and hike on, and plenty of space to enjoy family time.

Four generations have grown up and enjoyed this land and all it provides.

I’d like to share rural America with you through the words and photos of incredible western women. And if you are a western woman or have someone in mind who can share their stories with us, please pass on their name and contact information to me. I’d love to include them on this journey.

It is a pleasure to introduce Paty Jager. We first met at a book signing in Clarkston, WA, at …And Books, too!

Since the initial book signing and encouragement as a new author, she’s given me fantastic advice. She is one of the women who has helped jump-start my career to where it is today. I’m incredibly thankful for ladies like Paty, who give so much to other writers. Over the years, she’s become a trusted friend.

So without further ado, let’s get started!

I want to thank Carmen for inviting me to participate in her Inspirational Stories of Western Women. While I do live and write the western lifestyle, I feel lacking in what I can be inspirational about. The only thing I can think of is to be persistent and don’t give up.

If there’s one thing I’ve learned over the years it’s to listen to your gut. Whether it was writing-related, family related, or horses.

With writing, I had taken a course at the community college on writing. The woman leading the class told us to believe in our work and others would believe in it too. My children’s school had an assembly with a storyteller. I interviewed the man after the assembly, went home, and wrote the article. I called up the local newspaper and asked for the editor.

He laughed when I said I had a story for the newspaper. 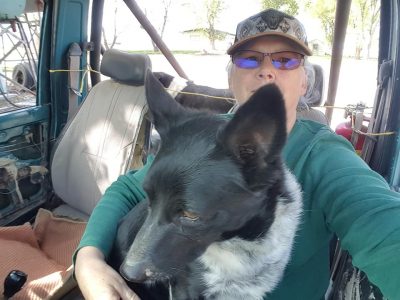 He had a reporter assigned to interview the storyteller the next day. I expressed he didn’t need to; I had the story. I’m usually not that forceful, but my instructor’s words had lit a fire in me to believe in my work. My gut said it was good enough to be in the paper. The editor chuckled and told me if I could get it to him in an hour, he’d take a look at it.

I dropped everything and drove ten miles to town. I walked in and asked for the editor. Then presented my article to him. He read it, stared at it a few seconds, and then looked at me. “This is good. I’ll just send a photographer tomorrow.”

The following week, he called and asked if I’d like to be a human-interest reporter. I accepted. After that validation about my writing, I went with my gut when I thought I had a novel that was ready to be published.

My favorite topic to talk about is horses. I had a wonderful mare growing up. She was given to us as payment for hay a horse breeder owed my dad. She was three and my older brother began training her. I watched from the fence every day.

Every day I asked to get on her.

Every day, my brother said no. 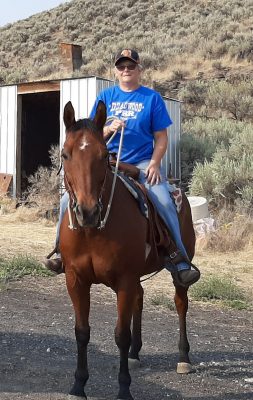 I knew she wouldn’t hurt me. One day I hopped on her when my brother went in the barn. That was the end of her training by him. She never attempted to toss me and always came when I whistled. Junebug ruined me, she was such a good horse.

Fast forward after I was married and the children were older, I said I wanted a horse again. While the kids were small, I never really had a horse of my own. We had horses for the kids and some borrowed from a neighbor.

We finally had more property and I purchased one.

He was pretty and in my price range, but in my gut, I had a feeling he wasn’t quite right. One day riding with my daughter, I took off my jacket while on his back. The wind caught it and he threw a fit, I was unseated and my foot caught in the stirrup. I managed to get untangled before he dragged me into a tree, but I couldn’t get up. My daughter rode back to the house and brought a vehicle out to get me. I was laid up and couldn’t get back on him for a month.

The ordeal had made me leery of him.

We sold him and learned less than a year later, that horse had pitched a fit with the new owner and the horse broke its leg. Then my daughter’s horse had a colt. I raised him from a baby and trained him. However, inconsistency and letting him get away with things came back to bite me.

My gut again told me this wasn’t the horse for me. We sold him and I went on a horse hunting adventure with my daughter who was also looking for a horse.

That’s when I found Jan.

The minute I settled into the saddle and he dropped his head, starting his slow walk, I knew I’d found the horse for me. In fact, my granddaughter was upset I wouldn’t get off and let her try him out. LOL I told her he was mine.

I’m not sure if any of this is inspirational, but I say always follow your gut. If you use your head you over think, and if you use your heart you can make a wrong decision, but your gut never lies.

Vanishing Dreams is a must-read for anyone who loves mysteries with a Native American backdrop. Jager has a gift for combining Indigenous culture with mystery. ~Carmen Peone

Buy link for the book: https://books2read.com/u/4XLkvg 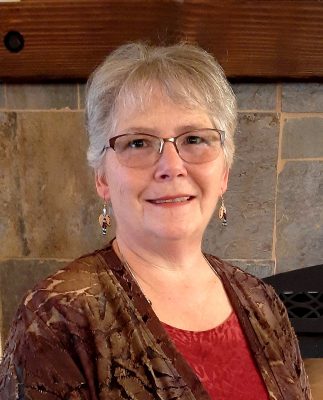 Paty Jager is an award-winning author of 49 novels, 8 novellas, and numerous short stories of murder mystery, western romance, and action adventure. She has a RomCon Reader’s Choice Award for her Action Adventure, received the EPPIE Award for Best Contemporary Romance, and a Paranormal Lorie Award for her Spirit Trilogy. Her Shandra Higheagle mystery series was a finalist in the Daphne du Maurier. All her work has Western or Native American elements in them along with hints of humor and engaging characters. Paty and her husband raise alfalfa hay in rural eastern Oregon. Riding horses and battling rattlesnakes, she not only writes the western lifestyle, she lives it.