June is the midpoint of the growing season between planting and harvesting. Flowers are in full bloom, the air is warm, and the days are long. June is my favorite month.

Want to know what else I favor? Amazing women. Like my featured gal for this month.

It is an honor to introduce one of the most incredible women I know. She is talented, sweet, and spunky. One of my good friends, Roni McFadden. 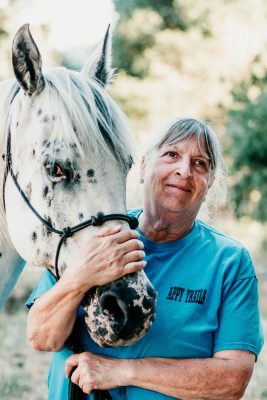 We lived at the foot of the rugged San Gabriel Mountains in a town called Altadena. It is nestled between Pasadena and the mountains.

I always felt I was born a hundred years too late.

My childhood was full of nothing but dreams of riding horses. I was obsessed with them.  My best friend Shellie and I would gallop around the playground at recess neighing to our heart’s content, not caring about the teasing we received from those grade-school boys.

My obsession became reality at age twelve when I bought my first horse with every cent of my saved babysitting money.  A whopping $125.00! “Sparol” and I would ride through my backyard gate down into the Arroyo Seco Canyon and into another century.

On his back, I left my troubled childhood and abusive stepfather far behind, not having a care in the world.

Just a few short years later, I met a man who would change the course of my life forever.

Having a hard time with my mom after she divorced my stepdad and an even harder time at school, I sank fast into the 1960’s world of sex, drugs, and rock and roll.

Then, my best friend Doug took me down the street to meet John Slaughter.

He had a stable full of horses just a block and a half from my house.  Soon I was working for him mucking stalls and riding his horses. He had school kids come for trail rides on weekends, and I started leading some of them.

After just a few months, I’d become his head wrangler, so to speak. Then I got kicked out of high school for having pot in my locker which further fractured my relationship with my mom.

I never went back to school.

I was with John and his horses every waking moment. 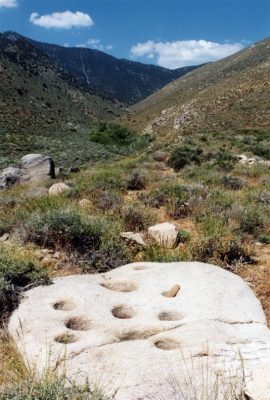 He also leased a pack station in the High Sierra Mountains where he would take families, fishermen, as well as hunters and pack them eighteen miles into the high country.  I started going on those trips with him, wrangling horses, cooking meals, and guiding trips.

You can read about my life and adventures with John in the High Sierras in The Longest Trail.

It was through those kids at the stables that I met my husband (a NON-horse person).  He had never dated a girl who wore jeans and boots all the time and didn’t care for makeup. I guess he liked what he saw because we just celebrated our FIFTIETH Wedding Anniversary on Jan. 8, 2022.

As babies started coming my time with John and the pack station started to decrease. He lost his lease on it a few years later and the Forest Service tore it all down. Even the one-hundred-year-old cabins in the high country.

It nearly broke my heart. 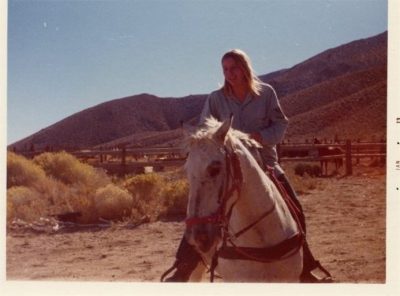 In 1986 we took a giant leap of faith and moved our family to Willits, which is up by the Redwoods in Mendocino County in Northern California.  We built our house ourselves on the top of a mountain and raised our children there. We stayed there for thirty-five years before selling our family home and moving to Idaho to be near our youngest son.

In 1988 I started working for two amazing equine vets as their office manager.  I was with them until they retired 28 years later. I had to put my last two “pack station” horses, Hellzapoppin’ and Brownie, down in 1989, and was grateful for my boss’s compassion and that I could bury them next to each other on our land. I didn’t have horses again for almost 20 years. I had so many friends and clients to ride with I didn’t need my own.

I never realized how much I was missing that connection with a horse until he stole my heart.

In 2017 we had to evacuate him from the ranch he was on because of a devastating wildfire. The fire took over 900 homes in little Redwood Valley township including my boss, Dr. Witt.

Shortly after, Romeo became deathly ill and for the next 20 months, UC Davis and I struggled to keep him alive.

I am happy to say he is now healthy at almost twenty-one years old, and we are riding the gorgeous trails of North Idaho, living our best life. 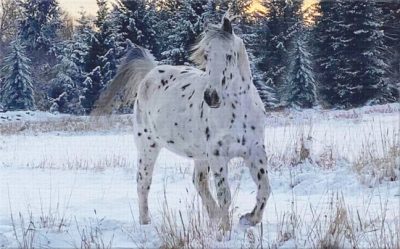 My writing career began in an odd way.

In 2003 we had a pack station reunion at the vacant site up in the high desert where it used to sit at the foot of those rugged mountains.  As we were all gathered around campfires each night, I took notes on those memories. Then I started journaling about the horses and the places.

Soon it became obvious the next step was a book.

I began by writing each chapter as a separate story. Then to tie them all together, I used my grandchildren as if telling the story to them.

I began writing that book in 2003 and didn’t finish until 2012. I revised it in 2015 renaming the subtitle, adding many pictures as well as an addendum about seeing John for the last time before he died.

The Longest Trail has won ten awards and has been adapted as a screenplay that has been optioned for film production.

Around 2008 another story came about that needed to be told.

Our veterinarian clients included Ridgewood Ranch, home of Seabiscuit, as well as American Legend Horse Farm, owned by Jacqueline Cooper.  She was trying to bring back the Seabiscuit line to the ranch, and about the same time, book by Laura Hillenbrand had become a hit and the movie was coming out.

At that time, Seabiscuit was skyrocketing.

One of Jacqueline’s mares (a Seabiscuit descendant) had foaled and sadly passed away four days later.  We had a four-day-old filly who needed a nurse mare. My office found one and Midnight raised Josephine for six months.

We put our heads together and wrote a children’s book about death called Josephine~A Tale of Hope and Happy Endings.  Laura Hillenbrand herself endorsed it. All proceeds go to the Seabiscuit Therapeutic Riding Program at Ridgewood Ranch.

Several agents and publishers told me I couldn’t write a book about death for children.  “It would never fly,” they claimed. Thank goodness I didn’t listen to them because we’ve sent cases and cases of the book to hospitals, kid’s cancer camps, US Army family centers, Ronald McDonald Houses, etc. 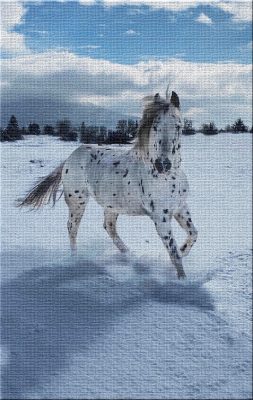 Johnny McFadden and I have four amazing kids, now all in their 40’s, fourteen wonderful grandchildren, and to date four great-grandchildren.   We love the beauty of North Idaho though we live in town now and I dearly miss the wildlife from our mountain as well as the house we built together all those years ago.

I met Doris Eraldi as our client at the vet office and she became a great friend. She told me about Women Writing the West.  I joined in 2013 and have LOVED the comradery of all the members and the friendships I have made.  I served three years on the Board as Member at Large.  I am also on the board of the Seabiscuit Heritage Foundation, and All Hands Equine Rescue.

I have a couple more ideas for books in my head, though I need them to draw from my own experiences. I never was good at fiction.  Now that I am retired and settled, I plan to sit down and try to get them down on paper. That is if I can pull myself away from Romeo long enough!

~ *~ If you know of a gal who fits this inspirational western women theme, please contact me at carmen@carmenpeone.com, so I can get some contact info and feature her too! ~*~

~*~ If you enjoyed learning about this Inspirational Western Woman, please feel free to forward her story to a friend. ~*~