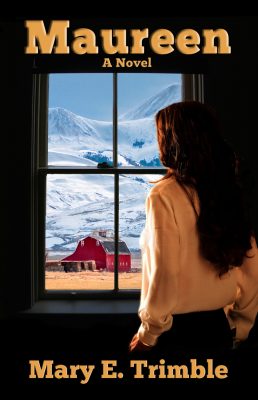 So without further ado, here we go!

The inspiration behind Maureen:

In my first book, Rosemount, a Young Adult contemporary western, sixteen-year-old Leslie Cahill rebels when her widower father announces he’s sending her to a private girls’ school in Spokane. A good student and musically gifted, Leslie loves her ranch life and riding her beloved Appaloosa, Polly.

In Rosemount’s sequel, McClellan’s Bluff, Leslie, then seventeen, is flattered when a neighboring cowboy, eleven years older, shows interest in her. He treats her like a woman, not just another kid. But danger lurks.

Throughout these two Young Adult novels, the Cahill housekeeper, Maureen Gardner, plays an important role in the family.

In the years following Rosemount’s and McClellan’s Bluff’s publications, I have often thought about Maureen and how life was for her on the Cahill ranch. Her story was yet to be told.

In this novel, Leslie is seven when Maureen comes to the family; Leslie’s brother Wade is seventeen. Their father, John, still overwhelmed with grief from the tragic death of his wife and with the burden of managing the family, struggles to keep things running on their large eastern Washington cattle ranch. Maureen covers a ten-year period.

This is Maureen’s story. Some of the events presented in Rosemount and McClellan’s Bluff are revisited in this novel, but seen through Maureen’s eyes, and written with an adult’s perspective.

Before I knew it, I had been with the Cahills a year. I felt deep contentment, much of that due to satisfaction in knowing I filled a void for the family. Although they showed and even expressed their appreciation, I could see for myself that they thrived. The kids were healthy and had positive attitudes. John obviously grew stronger emotionally, though he rarely spoke of his wife. I carried a sense of belonging and even fulfillment. Still, in the night, I often awakened with that familiar sense of hollowness, of dread. At those times my mind often harbored unfulfilled hopes and deep disappointment. I had everything I needed; I felt useful. During these nighttime periods of unrest, I commanded myself to look forward, not back, not to dwell on what might have been. 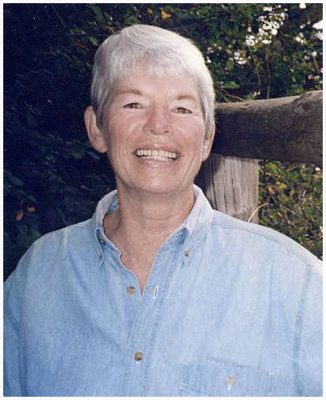 A prolific writer, Trimble draws on personal experiences including purser and ship’s diver aboard the tall ship, M.S. Explorer, two years with the Peace Corps in West Africa, and a 13,000-mile South Pacific sailing trip aboard their Bristol 40, Impunity. She
recently retired after 20 years volunteering with the American Red Cross.

Trimble’s latest release, Maureen, is about a widowed Washington cattle rancher desperate to find care for his 7-year-old daughter and help to run his household. He places an ad in a Seattle newspaper. Although over-qualified, Maureen answers the ad and comes to the rescue of the family. But to her surprise, they rescue her.

Maureen is a contemporary western all about family values, authentic ranching scenes, and finding
that place where you belong.

Trimble has also written two memoirs: Sailing with Impunity: Adventure in the South
Pacific, and Tubob: Two Years in West Africa with the Peace Corps. Trimble’s other
works include Tenderfoot, a romantic suspense with a sub-plot of the 1980 Mount St.
Helens eruption. Her coming-of-age novels, Rosemount and McClellan’s Bluff have
been met with enthusiastic acclaim.

Trimble has had more than 400 articles published in magazines and newspapers.

Trimble lives on Camano Island, WA with her husband, Bruce.

I invite you to leave a comment. By doing so, your name will be entered into a drawing for 1 of 2 free autographed Maureen books by Mary E. Trimble.