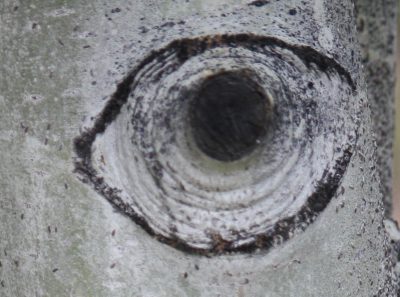 Have you ever thought your book, essay or short story was complete, just the way it should be? I have. Until an expert laid her eyes on it. My current young adult novel places my female character, a young Okanogan Native American jockey, on the ledge of the World Famous Suicide Race hill in Omak, WA, looking down.

I had the order of horse races nailed down according to my research, or so I thought. Sign up, one day to qualify, three elimination races, four days of races during the Omak Stampede. And then Stephanie “Pete” Palmer, past president of the Owner and Jockeys Association for this event, took the reins and brought to my attention areas where I had gone astray. I searched my notes to see where I may have veered off the trail. I found no stray hoof prints.

I did the only thing that made sense. I cut, pasted, rewrote, talked to more experts, and finally swerved back to the trail: three days to qualify, sign up, one day of elimination races, four days of races during the Omak Stampede. I was back on track and galloping forward. All the confusion was due to one word: trials. But this one word brought discrepancies to light.

Chapter 32 of my book begins with the first day of qualification races and in a panic of balled-up nerves, my main character couldn’t find her favorite socks. I’d written the word “trials” and that one word caused confusion within the story, bringing to light the need for clarification. I felt that same kind of panic upon hearing I had events out of order and there could possibly be huge amounts of rewrites.

It’s amazing how one word can change the meaning or angle of a story. I could have gone on, thinking myself as the expert and written the story with most folks none the wiser. But this is a real event that happens every year, and I knew it had to be precise. Many readers who live on the same reservation as I do would notice, knowing my research lacked. The jockeys would notice, Pete would notice, all the people I interviewed would notice. An entire reservation would notice.

I took a deep breath and examined those last eight chapters. Took my calendar off the wall and wrote in the upcoming races––qualifying to the final Sunday race––as Pete laid out for me. Then cut, pasted, rewrote and stitched my manuscript up so intricately that no scars would show.

Writers know the importance of facts and credibility. Thankfully, I had an expert who was willing to set me straight. And when I began rewriting, more issues came to light. Between Pete Palmer and Tony Joe Louie, a young jockey who raced last year, my facts became solid, down to numbers jockeys wear to which tribal department stops traffic when horses make their way across a bridge that leads to the staging area on top of the Suicide Hill during qualification races.

Many sets of eyes have combed through the pages of my manuscript in order to make this story reliable. Even though it is a fictitious tale, the World Famous Suicide Horse Race during the Omak Stampede is real. My work needs to reflect that and now it does.