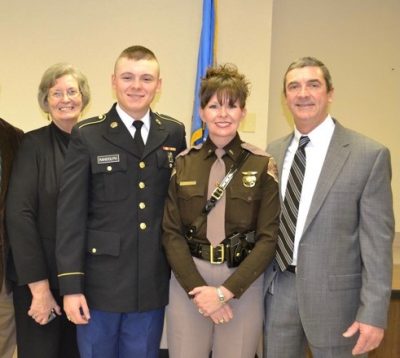 February, the month of love! Hearts and flowers and candy and romantic dinners. And . . . amazing women. Like my featured gal for this month.

It is an honor to introduce the 2021-2022 Women Writing the West Madam President, Betsy Randolph. This gal is gracious and classy with a capital C.

If dreams alone could make me a cowgirl, I’d sleep out under the stars, campfire smoke swirling up toward the heavens like prayers.

My horse hobbled nearby, I’d kick back against my saddle, six-shooter at the ready, thoughts of chasing taillights across Oklahoma long gone.

I wouldn’t dream about my past life—duty belt, tight across my waist, a shiny badge pinned to my chest like a Gunsmoke sheriff. No, I’d just be a cowgirl with a faithful pony.

I’m sure I’d still mount a steel horse on occasion, galloping off into the sunrise, (because intelligent bikers know you don’t ride at sunset—there’s just too many creatures out on the roadway after dark).

I grew up swaying to the music of Dolly, Reba, and Barbara Mandrell, toe-tapping in time to Tom T. Hall “The Storyteller,” Glen Campbell, Kenny Rogers, along with Bob Wills and the Texas Playboys. Although I never owned a single 8-track tape, my Aunt Rita did. She let me play my favorites over and over. Which partially explains why I loved spinning records, working at radio stations across the country while in high school and college.

Born in New Mexico but raised in Oklahoma, I was repeatedly told, “Preacher’s kids don’t drink, smoke, or chew or go with folks that do,” and being Baptist, “dancing” and “cussing” was added to the mix, (which is why I asked Carmen to proof my story here for profanities).

As a teen, I’d sneak off on Thursday evenings to the Knights of Columbus building where they taught the Texas Two-Step and Western swing. Too young for honky-tonks, I’d dance with the old guys and by the time I made it to Bible College, the honky-tonks didn’t care about my age, I was a honky-tonker.

Penny beer night meant free beer for girls, especially ones in Rocky Mountain jeans and lace-up Ropers. I’d blame my bad behavior on anyone other than me if I could live with the lie. Truth is, I never much cared for anyone telling me what to do. Sounds funny saying that after nearly twelve years in the US Army Reserves and twenty-seven in law enforcement. 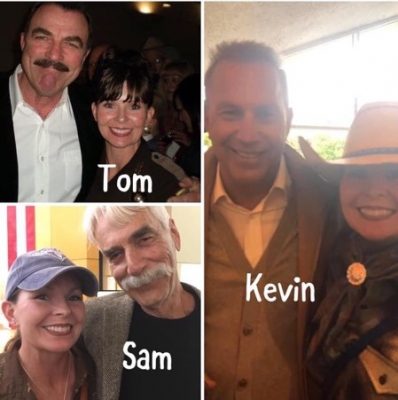 But I conformed, at least a little.

Because at five years old, I saw a dark-haired, Kent McCord playing Officer Jim Reed on Adam-12 and knew immediately God’s calling on my life. Oh, I attempted to appease my parents by attending a year and a half at two separate Bible colleges, but I truly felt God calling me to a life of service in law enforcement.

Likely my sense of the world was shaped by 1970’s cop shows and black & white westerns. And after the first Magnum P.I. episode, I’d fallen in love for the first time. I was 12. Tom Selleck wouldn’t know about our life-long love affair until we met in 2010 at the National Cowboy and Western Heritage Museum. He laughed when I said I knew everything about him.

Girls, that up-close, dimpled smile made me lightheaded!

It’s humbling being asked to contribute to Carmen’s blog about my western lifestyle. Even if I’m just a dime store cowgirl. My closet is crammed full of boots, pearl snap shirts, several cowboy hats, and blue jeans I’ll never fit into again but can’t bear to part with.

If it’s got fringe, I’m buying it. 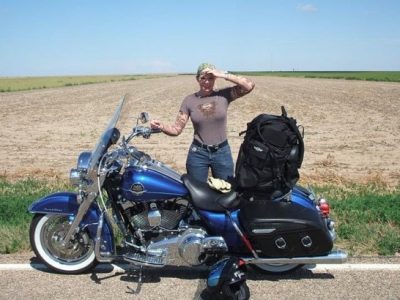 I’ve never owned a horse. Though I’ve always believed I would.

I’ve ridden throughout my life, took Western and English riding lessons. Just never worked out for this ole cowgirl to own her own pony. Suppose there’s still time now that I’m retired. Although with my advanced age and poor health, it would likely be a short-lived relationship. One tumble from the saddle and I’d be toast. But if dreams alone could make me a cowgirl, I’d sleep out under the stars… 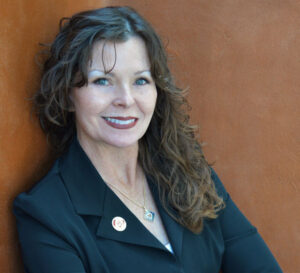 Betsy Randolph grew up in Enid, Oklahoma, working in radio broadcasting beginning at age 15. Radio took her to Missouri, Texas, and New Mexico,   including her hometown of Artesia, New Mexico, where she began her law enforcement career in 1990 as a dispatcher/detention officer with the Artesia  Police Department.

Betsy went on to serve 27 years as an Oklahoma law enforcement officer; two years with the Tonkawa Police Department, 25 years with the Oklahoma Department of Public Safety where she was the spokesperson for several years. She dually served 12 years in the U.S. Army Reserves as a Military Police officer and Drill Sergeant. She retired as a  Lieutenant from the Oklahoma Highway Patrol in October 2020. She stands  with the Thin Blue Line but if you ask what color Betsy bleeds, she’ll say, “Green…Army green.”

Betsy holds numerous degrees in: Journalism, Organizational Leadership, Horticulture, and a Master of  Fine Arts in Creative  Writing. Her published work includes: The Oklahoma Gazette,  Woods Reader Magazine,  and Southern  Literary Review,  among others.  She’s the author of three adult novels and two middle-grade readers. She lives near Guthrie with her husband,  George.  Together they have two grown children, five grandchildren, and two  Chihuahuas.  When she’s not reading or writing, Betsy enjoys gardening, spending time with her family, and riding motorcycles.