March is when winter sheds its furry coat in snow-capped regions and spring bulbs begin to peek their heads up as our precious earth thaws. Spring flowers are beautiful and hardy. Like my featured gal for this month.

It’s a pleasure to introduce Randi Samuelson-Brown. She’s witty, funny, kind, and one heck of a writer! We are Women Writing the West sisters. I know, I know. Yes, there are many of these inspiring western women from the organization that I highlight. But I tell you, they are amazing women with incredible stories.

It’s an honor to host each one. Each woman, really. Don’t you think?

With that, let’s get busy and hear from Randi.

Thank you Carmen for inviting me to share on your blog.

I’ve read the other essays having to do with horses — one of my favorite horses was a mustang named Outhouse (got to love that prison humor – maybe) who was trained in the Canon City Prison in Colorado. The thing about those Canon City horses is that they are all trained exactly the same, which comes in handy if you ride different horses.

Anyhow, I digress. To a degree.

I’m from Colorado—fifth generation on my father’s side. When I think about what it means to be a western woman, in a way I think it might be a feeling almost more than anything else. That said, we are all influenced and shaped by our surroundings. Life in Colorado has always been a battle against the elements.

We all learn early on to respect the mountains, the weather, the altitude.

Those who don’t respect those elements can find themselves in difficulty. I suppose we’ve all had a close call at one time or another, which serves to drive that respect home.

If a person is smart.

When I think about how I was raised, I’ve got to say that it was typical Colorado. We lived in Golden, and I skied every winter weekend growing up (or at least it felt like that). My father was a great skier and ski instructor who had great hopes for my racing career.

Every time I saw how fast I was going judging by the blur of trees I would crash.

Every summer we camped. And if we weren’t camping, we were exploring the mountains.

Which got me thinking about tradition and one thing I’m truly passionate about—historic preservation.

Historic preservation can be achieved in many ways: building restoration and arresting decay, supporting the funky local museum, artwork, writing, and probably some ways I haven’t even thought of. That is a thread that hopefully comes across in my writing.

Abandoned buildings, mines, bridges, graveyards, and disused roads have always captured my imagination. Who were these people that came before, and what were their lives like?

What our British cousins would call the ‘commoner.’

True the rags-to-riches stories are amazing, but that simply didn’t happen for most people. For every Horace Tabor (silver king) there were probably 10,000 others who struggled to survive and carve out a living. For every cattle baron, there were 10,000 small holders. You get the picture.

Which is not to say that the great people weren’t truly notable. I’m just more focused on the average Josephine.

History is a great teacher.

As a country, we have been through turbulent times before and emerged on the other side. We can pull together when we need to, but that doesn’t mean that we lose our strong streak of individualism. Sometimes that streak is uncomfortable, but challenging notions, perceptions, and the status quo have always been what the West has been about.

All of that, and with enough space to move around in!

As the west changes and more people move in and around, I hope we preserve the relics of those that have come before us: Native American, pioneer, miner, or settler. I hope we recognize the sacrifices made by ancestors no matter who they were in life.

And I hope that we live up to the hopes and dreams they held for us.

For one, I shall help preserve the Western legacy as best I can.

Sometimes that means not sugarcoating difficult history but looking at it square in the eye and doing our level best to heed the lessons learned. 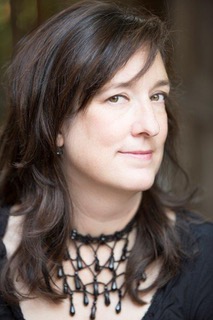 Randi Samuelson-Brown is originally from Golden, Colorado but now lives in Denver. A passion for Colorado history was instilled by her father from an early age, and she certainly latched on to the more notorious aspects of living in Colorado and the West.

When not writing, Randi is often riding horses and traveling around Colorado and the west, finding inspiration from people and places.

Market Street Madam: A Novel was a story that haunted her ever since she started hearing about Annie Ryan and the denizens along Market Street.

The Bad Old Days of Colorado is non-fiction and was a finalist in the Colorado Book Awards for History in 2021. A lecture from the book was carried on C-SPAN.

Randi is currently working on a three-book Contemporary Western series to be released by Wolf Pack publishing starting in 2022. 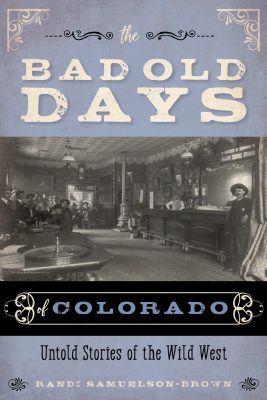 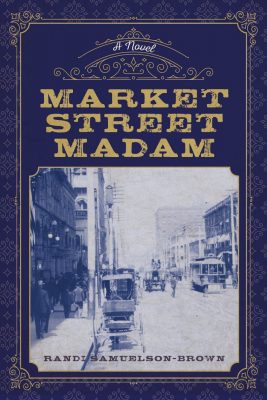