As the release date for Lillian’s Legacy grows close, This month I want to share a couple of Walians with you who have helped me get to know Lillian’s mentor, Dr. Mali Maddox, in a personal light.

John Williams has been a tremendous resource for the country and customs of southeast Wales. Read more about how I found him in my blog post entitled Heritage Threaded Through Stories.

Without further ado, enjoy my conversation with John Williams:

Where were you born?

Birmingham, England.  Mother was from Birmingham, father from Abergavenny, Wales (a lot of Welsh people moved to England for work after the war.)

Where were you raised?

Birmingham – England’s second city and cradle of the industrial revolution.

Tell me a little about your family, children. 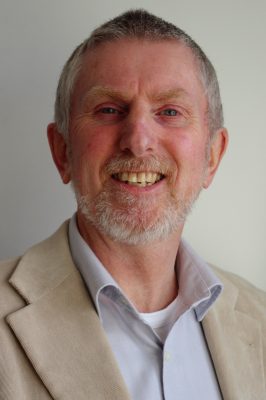 Married to Elisabeth, who is Dutch (see below). We have four children, one son and three daughters, who are triplets as I’m sure you know.  (That’s wonderful, and no, I didn’t know. The daughter who got us together had never mentioned this before.) The children are all married and we have 13 grandchildren (7 of them in the USA).  Our son lives in Austria (no kangaroos) and another daughter lives in Australia.

Do you have pets?

No.  We’d like to, but with children all over the world and no close relatives nearby it wouldn’t be practical.  We’ve had cats, a dog, and bees in the past.

What was your career? I believe you told me you are now retired? For how long?

Mostly in local government children’s services (social work). I retired when I turned 60 in 2011. I’ve done some English teaching since then but doing no paid work now.

What are your hobbies?

I’ve taken up oil painting since I retired. Do a lot of cycling. Also some voluntary work with ‘Compassion International’.  Also busy with a local musical theatre group – singing, acting (but not dancing!) and doing some stage décor.  I kept bees in Wales, but not here. I’ve written a couple of books but had no success with getting them published. 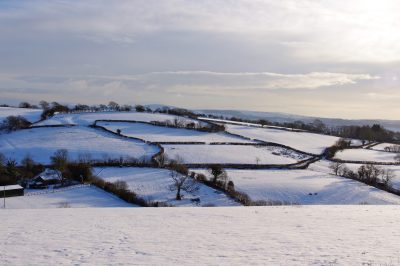 What is your favorite book or author?

Favourite novel – Kristin Lavransdatter by Sigrid Undset. This is head and shoulders above any other historical novel I’ve ever read.  If you haven’t read it yet, then you must.

What is your music preference or favorite artist?

All the big symphonies. Favourite composers – Jean Sibelius and Carl Nielsen. My taste in popular music is stuck in the 1960s and 70s. Favourite singer-songwriter (by along way!) – Jacques Brel.

What do you love most about life?

It’s a gift, and at my age, every day is a bonus.  I think it’s important to live in the moment and enjoy every little thing. Tomorrow is not guaranteed. Love my children and grandchildren even though I don’t get to see them as often as I’d like. 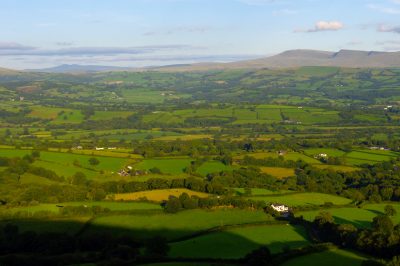 What do you most love about Wales?

I love the landscape, and of course, I have some very good friends there. I moved there for work, lived 15 years in Newport, and industrial city in the southeast which is close to England and culturally not very Welsh, and then almost 20 years in Carmarthenshire, which is much more Welsh, with a large proportion of people having Welsh as their first language. I like the kind of patriotic warmth you get in small countries. I always support Wales if they’re playing against England in any sport.

What do you like most about where you now reside, which is where?

We live in Apeldoorn, which is right in the middle of the Netherlands. After I retired, and since the children were scattered here and there, we decided we’d move to be nearer to Liz’s family. It’s nice. A decent-sized town that has everything you need but is surrounded by beautiful countryside. Great for cycling. No other country has a cycling infrastructure like it. And an hour on the train gets you to Schiphol Airport, much more convenient than where we lived in Wales. I’m hoping to get my Dutch nationality this year (and keep my British nationality too). Then I’ll continue to be a happy citizen of the EU. (Don’t talk to me about Brexit!) 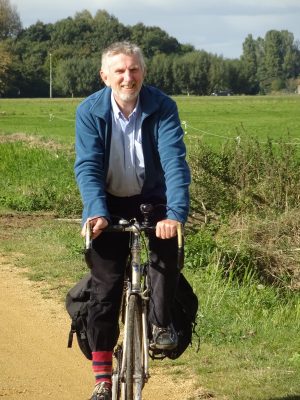 If you had one piece of advice about life, what would it be?

What is your favorite Welch meal?

I don’t think Wales is noted for its cuisine in spite of what the Welsh tourist board might tell you, but I’ve had some very nice locally caught trout in Wales.

Why you were willing to help me with Lillian’s Legacy and creating an authentic Welsh character.

Because my daughter asked me to, and I always say yes to my children if I possibly can.  And I was curious.

All photo’s courtesy of John Williams.

I cannot thank John Williams enough for his countless emails and insight into the Wales culture and traditions. It has been a thrill and a blessing to get to know him. Someday, I hope to meet in person.

The oddly-dressed woman stepped into view. Her hair covered with a white cap tied at her chin and tall, black hat over it, she smiled. She shuffled her frail frame beside Lillian and reached a knotted hand up for Asa to sniff. Lillian stared at her sea-green eyes, a warmth radiating from them.

“What is this beast’s name?”

Pulling the words out of her mouth, Lillian said, “Asa. His name’s Asa.”

Lillian relaxed. “He is.” She continued to study the elder woman’s attire: a yellow and green printed kerchief tied around her neck, a red flannel cloak wrapped around her shoulders, an apron over a flannel skirt, and black shoes with metal buckles, her flannel petticoat peeking from underneath the hem of her skirt.

“You think I dress oddly, do you not?”

Lillian’s cheeks heated. “Pardon me. I have never seen a woman such as you before.”

The woman laughed. “That is all right. Many have not.”

“Where do you come from?”

“A place called Myddfai in southeast Wales where grass is green all year round, covering plenty of rolling hills dotted with sheep and cattle and horses. Have you heard of it?”

Release Day is in July!

For a chance to win a signed copy of Lillian’s Legacy, share what you found most interesting about my interview with John Williams.

The randomly selected winner will be announced on Book Release Day on July 17th. Pre-order now! 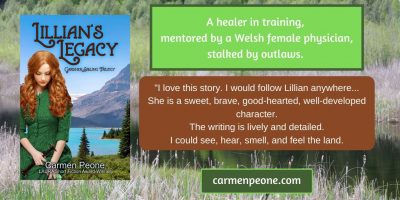