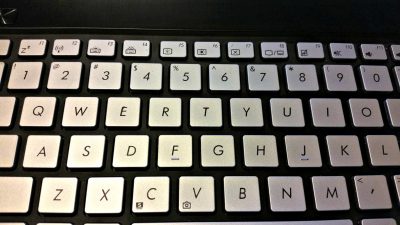 It was six weeks when I heard back from a publisher about my latest work-in-progress. Waiting to hear back from a publisher tests not only one’s patience but self-esteem, too. While waiting and soaking in my lesson in patience, biting my fingernails, I was hunkered down under my fair tent as rain tumbled down during the Pendleton Round-Up this month. Most of the flaps were closed with one exposed enough to let brave shoppers know I was still in business. Tables were pulled back allowing the brave to come in out of the drizzle and browse books.

There was a lull in milling about during the rodeo so I checked my phone. There it was. An email from the publisher. I lay my phone in my lap and took in a deep breath. Rejections always sting. I bit the bullet and opened that email and read. To my surprise it was not a rejection, but a call to rewrite and offer for a second look.

The publisher was quite detailed in his email and I took it to heart. This was the first response that didn’t just say: your story doesn’t suit our needs; no one is interested in young adult historicals; or it’s too short, give the readers something to chew on (that one surprised me because my word count for my previous book was the suggestion straight from the experts).

I emailed him back, stating I was up for the challenge and would rewrite and resend. I sat under my vendor tent, listened to the rain bounce off the pavement, and let my brain mull over his comments. 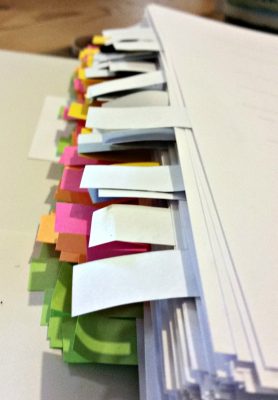 His initial comments were: you write well, the characters and locations are drawn out nicely, and the dialogue sounds about right, although it’s a bit more adult that I’d recommend. What? I work with kids. I’m an expert. That is how they talk to me. I stewed until I’d gotten home from Pendleton. After talking to fellow teachers, I realized, yes, that is how they talk to me. But not each other. I swallowed my pride and hightailed it down to the high school with pen and notebook and sat in classes and listened. It was the perfect day to listen with class elections and meetings. I jotted down rich words I knew they used. Talked to teachers, had them read my list, and added words and phrases. I felt like I’d hit a gold mind and in a way I did. You can bet my dialogue has since changed.

I tackled the next item on my list––the antagonist. It was weak because I didn’t have just one. I had many. I brought out several of my books on craft and combed through the pages dealing with antagonists and villains. Googled and read articles. Let my brain mull over ideas and scenarios. Talked with those in my writer’s group and with fellow writer and vendor partner in Pendleton. Then on my hour drive home from town, it hit me. I knew who my villain was and the threatening letters she was going to write. I was shifting gears and picking up speed, taking notes and plotting scenes.

The third and final item on my list dealt with the character’s stakes. They were “pretty minor.” What was really at risk? A few thousand dollars when much more was needed?  Her self-esteem? The publisher wrote, “If you’re in a coin toss and losing means surrendering the coin, there’s not much risk. But if losing means losing your head (literally), then that’s a big deal.” That statement hit me in the heart. Well said, Mr. P. 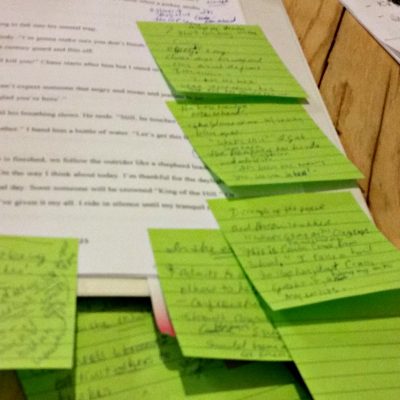 I thought, no stated out loud, he doesn’t get it! I also made that same claim in writer’s group. I’d brought my query letter and one sheet with me (I’m pitching this to an agent at a writer’s conference in a few weeks). I began to read the query letter I’d sent to this publisher and while I read it out loud, it occurred to me I had not, in the slightest, made my true intentions known. This story is not about money. It’s not about finding the right horse. It’s not even about the race. It’s about the rite of passage. Honor. Shifting from adolescence into womanhood. About Native American tradition. I didn’t just miss the mark, I didn’t even hit the target. No wonder he didn’t understand the stakes. They were muddled and murky.

It was then I realized I had my work cut out for me and dug in.

I realize with all the rewrites my work can still be rejected. But I also know it will be that much sturdier for the next submission. I’m now a stronger writer. Growing pains hurt, but they are worth the risk.

~Mistakes are the portals of discovery. James Joyce