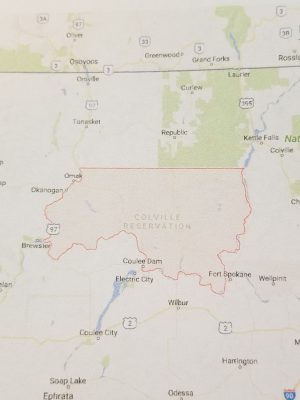 Hannah’s Journey Book Launch is a month away!

Planning is moving from a walk to a trot. A fast, long trot.  And you are the first to get all sneak peaks!

The next several posts will deal with food, Native culture, horses and more that appear in Hannah’s Journey.

Today the Sinyekst or Sinixt culture is the main feature. Also known as the Arrow Lakes or on the rez simply, Lakes. Sinixt refers to the Speckled Fish or Bull Trout people. In my books, I spell Sinixt “Sinyekst” because that is how elder Marguerite Ensminger had taught me, and the books honor her and the old ways (minus serotypes).

I’ve focused on this particular band of the Colville tribes for my young adult books because, if you don’t already know, my husband is a member of the Colville Tribes and this is one of the 12 bands.

The twelve bands, not all of them came onto the reservation at once, include:

The Sinixt originated around the northern tip of the Arrow Lakes in the Canadian Territory and were semi-nomadic. They roamed the land, going back and forth across what is now the 49th parallel that separates Canada from the United States.

Salmon was their main staple. They did little big game hunting but did trap smaller mammals for food. They harvested roots, plants, and berries to mix in with fish.

Camas was another major food in their diet. They cooked the roots in a fire pit on top of heated rocks, sandwiched between plant leaves. They’d then mix the camas with other Native food or made cakes out of them.

Even though women were fine beaders, they were known for their water tight baskets made out of cedar bark and bear grass. Traditionally, the woman wore basket hats for ceremonial purposes.

Native men were fisherman in the true sense, making camp near the Kettle Falls. It was said that in their time, salmon were so thick one could walk on their backs across the Columbia River.

In Hannah’s Journey, Hannah Gardner invests in a lifelong kinship with Spupaleena and her Sinyekst family. After a brawl with an Indian boy who wants nothing to do with Hannah or her horse racing, Running Elk, a Sinyekst boy, comes to her rescue.

Hannah sees this as a way out of her parent’s grasp. The young teen thinks she’s ready for womanhood. But is she?

“Why are you still here?” Wind Chaser said. 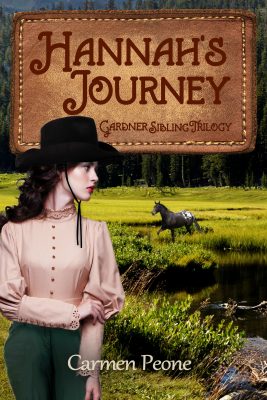 He glared at me with coal-colored, wide-set eyes. For a minute I thought he might raise a hand and strike me. I took a couple steps back, hoping I was out of reach. He stole those steps back, coming closer than before. I squinted my eyes and curled my upper lip, taking a moment to gain a speck of control before answering. “Because I’m racing today.” I leaned close and got a whiff of his sweet-venison breath. “Like you.” I stood tall, turned, and walked off.

“You are not as strong a rider as your Sinyekst aunt!” Wind Chaser cackled.

I whisked past him, bumping his shoulder.

P.S. You will be the first to get my Facebook launch party invite. For now, you can save the date: Oct. 3 from 5-7 p.m. Pacific Standard Time.

Do you have a fry bread recipe? Here is the one I learned with:

Add warm water as needed to thin out.

Heat oil in a frying pan, enough to cover half the bread, and then prepare the dough.

Knead, dusting with flour as needed. Form a flat cake out of the dough and place in oil.

Fry until the bottom side is golden and crusted, turn.

Eat with honey, butter, or jam.

Have you made fry bread before? What recipe did you use? What is your favorite bread recipe?