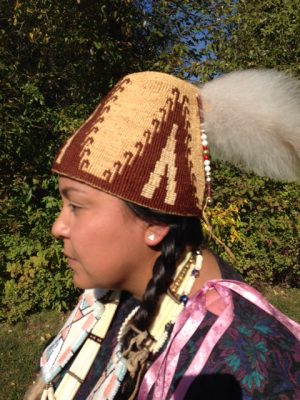 I was born white.

Yet I write main characters from another ethnicity––Native America.

My grandmother always told us we were part Indian, but the proof never came. It still hasn’t and probably never will. I never intended to write let alone write books that have the protagonist from a different heritage. I was trained in the abnormal psychology field and had a life goal to touch the lives of children.

That all changed when I moved to a reservation in 1988 with my husband.

At first, this small town life felt like I was merely camping as we lived a short walk to a lake and our home was surrounded by trees. It was quiet. Peaceful. After a few years it became my community. Trust built bridges. Friendships bloomed with spring flowers. I learned their ways: customs, language, family dynamics.

It was after living in this small reservation town I began to put what I’d learned to pen and paper, writing non-fiction articles for a local paper, blogs, and booklets dealing with education, history, and traditions.

A story tugged at my heart and it wouldn’t leave me along. I saw a young girl in traditional attire, eating traditional foods and living in a traditional 6-foot tule-pit dwelling. I smelled the smoke from the morning larch fires wafts from the small opening in the top of the tipi.

I felt the bark between my fingers, the same bark the Native girl used to make baskets. I could see the men fishing at the Kettle Falls. Heard their stories and legends. Heard sticks crunch under deer’s hooves and saw if only in my mind a young man fit an arrow to his yew wood bow and pull back. I smelled the roasting venison and tasted its flavor as the juice ran down my throat.

I knew I had to tell the story brewing in my heart. The tug turned into a yank and before I knew it characters were cast and the beginning of a story was on the screen of my computer.

I had to think about how they used to talk––in their own tongue. It was different than the English language. I searched my notes from language lessons with Tima Mugs. I read books from Native authors from the Colville tribe. The tribe I am connected to from my husband’s blood and name and from our children and now grandchildren.

That connection grew with every word I read, every elder I interviewed, from every bead used for jewelry, every bark strip to weave baskets, every stitch in making moccasins and jingle dresses, from every drum beat during pow-wows.

That beat continues to thump with every key stroke I make while creating stories from another era and people.

I’ve learned these people are just like everyone else. That Hollywood stereotyping has done them a huge disservice. Not every Indian is a drunk, druggy, or gang wannabe. I’ve learned in the course of three decades that these people love, care, work hard, and fight to be seen as their Creator sees them: honest, truthful, loving, authentic.

It has been an honor and blessing forming a relationship with people of such qualities.

I believe the greatest gift we have when writing about another ethnicity is the relationships we form when making connections with those we write about.