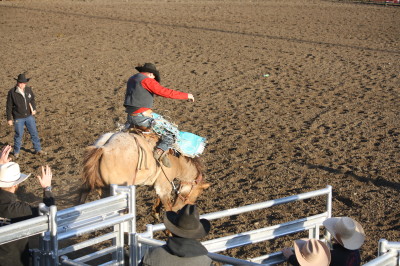 I hear the clang of flesh on steel

I want my son to have the ride of his life

I pretend to ride as second flash by, trying to understand the thrill

I feel the rocking of the saddle underneath me

I touch the air as it thrashes past

I worry my son will get slammed to the ground, hurt, in need

I cry at the thought of broken bones or worse

I understand his desire to thrive

I dream of my son in a place of peace

I try to smile and be strong, to support, and hang on

I hope he reaches his dreams, I do, yet still

He rode solo for two years and finally was able to recruit teammates and is currently the team’s president.  He had a vision. A dream. The drive to get it up, in the saddle, and start bucking. He wasn’t about to sit in the truck or go home. Five EWU students currently make up the team: two bull riders, one saddle bronc rider, three barrel racers, and agoat tier.

A young cowboy dreamt for years of hittin’ the road, trailin’ dust as he sped from rodeo to rodeo in hopes of sittin’ a saddle hooked to a bronc for eight short seconds.

It’s amazing how the Lord uncinches fear and saddles up trust as time goes by. I now look forward to watching Marshall ride. Just when I’m getting’ balanced in the saddle, he’s about to graduate. But I think he’ll keep headin’ down the road with his pro-west rodeo card in tow. 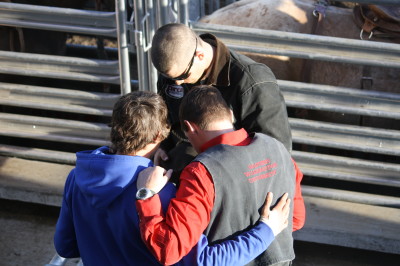