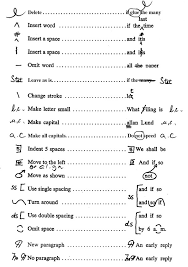 I used to hate editing.

Now I love it! Due to Jerry Jenkins and his ferocious editing techniques (I am currently a founding member in the Jerry Jenkins Writer’s Guild), Self-editing for Fiction Writers by Renni Browne and Dave King, Revision and Self-Editing or Publication by James Scott Bell, and Doctor Dennis Hensley I have a new outlook on editing.

Some of my favorite techniques for a great manuscript include:

Passive: The book was read to the child by the parent.

Active:   The parent read the book to the child.

One thing I’ve learned from Doc Hensley is that every reader is at different educational level. I know when someone pics up my books, I want them to be able to read the story and get lost in another world and not focus on me, the author, tripping over big words.

“You can do it!” Bill exclaimed. The exclamation mark shows that, just use said.

“I disagree,” Madison argued.  Reader knows she is arguing if she state’s she disagrees. Just use said.

I am my own worst editor. If I read the text out loud, I read it as it should be, not how it is typed on the page. The same is true if my word program reads to me. I can catch many mistakes, but not all. When I keep my list in front of me while self-editing, I catch many more common mistakes than I would without my cheat sheets.

I would like to hear about self-editing techniques that help you.

~ It is perfectly okay to write garbage—as long as you edit brilliantly. – C. J. Cherryh